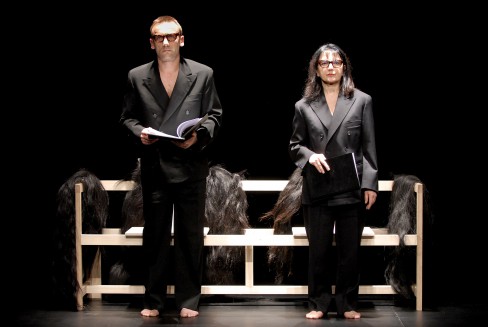 The work of Jan Decorte is always characterized bij authenticity and abstraction. He is never looking for an imitation of life on stage, he wants to create an image / imagination of life, a poetical condensing of reality.
For a long time Jan Decorte is enchanted by Song of Songs. The archaic language, the fragmented writing and the poetical power of the text inspire him in a very strong way. He wants to create a performance with two older actors, a man and a woman. The actors on stage are what they are, authentic individuals. They don’t hide themselves behind a role. They don’t play a character,they don’t psychologize, they play the text. They are at the same time vulnerable and strong.
Jan Decorte incorporates dance in his performances.. The fysical aspect of dance gives both abstraction and directness. The language of the body is not rational or narrative. it works on an unconscious, poetical level. Jan Decorte is never interested in acrobatics or vituosity of the dancer/actor. He pursues the emotional effect of a simple movement of the body. 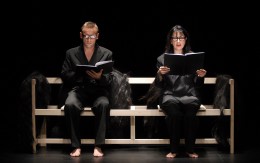 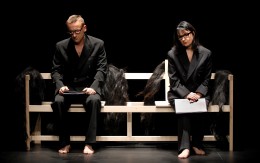 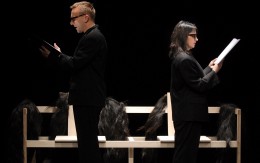 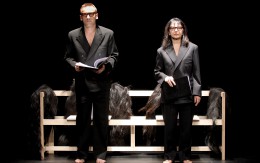