‘Geboeid / Prometheus’ is a new play by Jan Decorte based on the Greek tragedy by Aeschylus, written in the 5th century BC. It is an incredible work, a powerful and ominous portrait of indomitability.
Prometheus stole fire from the gods and gave it to the people. In this way he gave them civilisation, science and art. And he also gave mortal man the ability to forget, so that they would not foresee their own deaths. This not knowing brought them peace of mind. Zeus was so furious that he had Prometheus chained to a rock. Every day an eagle comes to peck at his liver, which then grows again during the night, so that there is no end to the pain. Prometheus is angry and not inclined to bow before this power. He is the only one who knows how Zeus can be dethroned, but he refuses to reveal his secret. The certainty that Zeus will one day have need of him enables him not to yield. 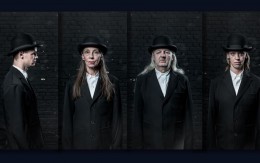 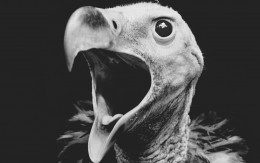