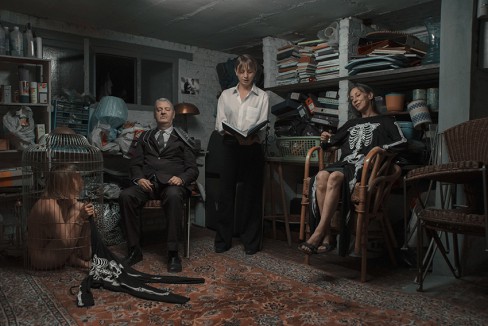 This 1994 play – now legendary – is an abstracted version of Shakespeare’s Macbeth. Decorte goes straight to the heart of the play, to what Coppola called simply ‘the horror, the horror’ in Apocalypse Now. Bloetwollefduivel was described as a descent into the hell of human existence. The title of the final act is Descente aux enfers et résurrection – von Satan mich befreiet Jesu. Jan Decorte and Sigrid Vinks performed the play with the then 9-year-old Lisa De Boeck. She, together with her mother, now make up the Memymom duo of artists. As part of the exhibition celebrating the 50th anniversary of the Beursschouwburg, Memymom is exhibiting visual work based on this play. The Beursschouwburg is installing a listening post in the exhibition area where you can listen to Bloetwollefduivel throughout the course of the exhibition, from 5 February to the end of May, every Wednesday, Thursday, Friday and Saturday. 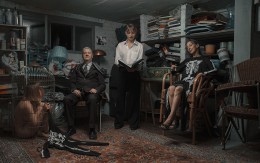